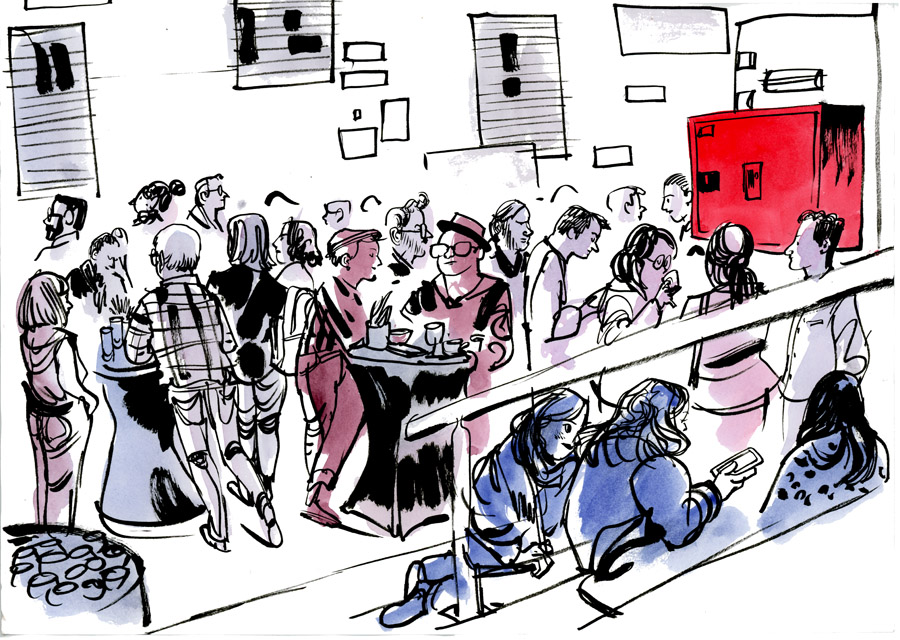 The Dutch are the biggest national group in this year’s Dataharvest Digital. Then come Germany, United Kingdom and France – and then a surprise: The fifth biggest national group is Russia – a new big country in Dataharvest statistics! Welcome, friends, Добро пожаловать, дорогие друзья – it is so nice to see how investigative journalism is also gathering interest and momentum in Russia!

The Dataharvest participants are of course an international crowd. We have participants from Kyrgyzstan and Kazakhstan, from Mexico and Costa Rica, from India and China. Many move around for work, studies or love – 1 in 6 live in another country than that of their nationality.

In these modern times, many do not give their gender – but of those who do, 48 per cent are women and 30 per cent are men. So a female majority this year?

Among the speakers there is gender equality – 50-50 of male and female. Well done, guys!

Finally, 52 per cent of us have full time jobs in media or other organisations. 42 per cent are freelancers – a typical status for investigative journalists and journalists as such in many countries. And 5 per cent are students, who hopefully via Dataharvest Digital get a head start into the profession.