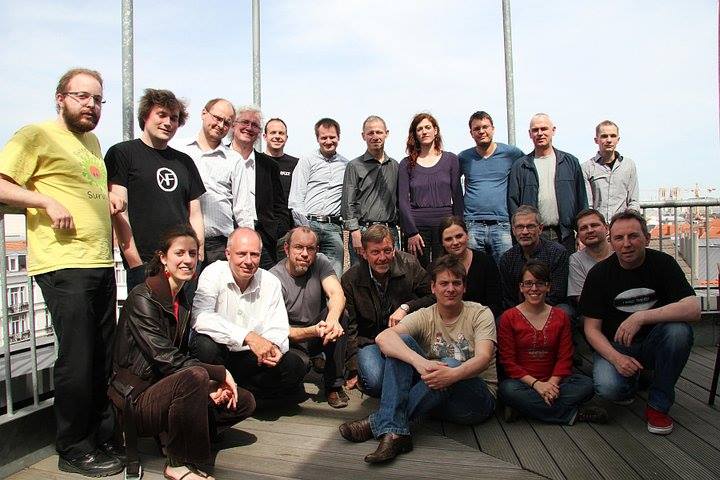 Dataharvest – isn’t that a strange name for a journalism conference? Why not the “Arena conference” or something equally obvious? Well, there is a reason – of course.

It all began in 2009 when a small group of journalists and data developers from around Europe got together in the project farmsubsidy.org, where they compiled and compared data about the beneficiaries of the EU’s generous farm subsidies. They formed a network that worked for better transparency of the EU farm subsidies – and met again the year after to harvest the new data.

By 2011, the meeting was opened to other investigative and data journalists and data developers, and the conference began to take its current form (at least when there is no COVID-19) moving from the Farmsubsidy.org project to the Fonds Pascal Decroos/Journalismfund.

35 journalists came to the first open conference – all in the field of European, cross-border collaborative, investigative and data journalism. The working atmosphere from the early years was maintained as the number of participants kept growing. In this atmosphere, many large and important investigations have been hatched over coffee at Dataharvest.

Now run by Arena and despite the fine abbreviation of EIJC, the Dataharvest name stuck. “Are you coming to Dataharvest?” or “See you at Dataharvest!” were the words everybody used to talk about the conference. So we embrace it. These are our roots: we came from cooperation across borders and a fight for transparency in Europe about farming, still a hot topic of European politics. Today our reach is much wider, and we dig down into new areas every year to create journalistic networks – from algorithms to climate. But Dataharvest it is. For the time being.